Stick with me... some musings

Violation of the rules will result in deletion of the topic.
Post Reply
4 posts • Page 1 of 1

Stick with me... some musings

So, the Republicans field a weak and flawed candidate (Walker) in GA, and now the Senate is 51-49 for the Democrats.

So, Manchin is no longer the powerful vote he was. And he represents a SOLIDLY Republican state. What's a man to do?

Well, switching to the Republican Party isn't going to do him any good now. 50-50 still leaves Schumer in charge with now 50 solid leftist votes.

But... is it really 50? Sinema also is a bit more fiscally conservative than the majority of the socialist in the Dem party.

So, what if both Manchin and Sinema left the Democrat Party to become Independents? Both parties would court them continuously for all votes. It would essentially come down to them running the whole Senate.

Not saying this is good for the country. But it would be interesting to see... 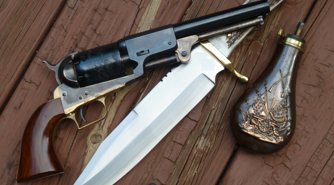 We have a representative republic. In the beginning, serving in congress involved a lot of difficult travel, long hours and meager compensation. Generally, the job attracted people with a genuine desire to serve their fellow American, even at personal sacrifice.

Today, congress is an smorgasbord of graft and inside business deals for members unencumbered by ethics. We sit idly by while they enact absurd, complicated and onerous legislation against us- while adding exceptions for themselves. Small wonder congress now attracts chit-weasels & dirty dealers.

My point in this ramble being that they might as well all be labeled Independent, since so many are in it solely for personal enrichment. Independent sounds so much nicer than Brigand or Privateer.
People were smarter before the Internet, or imbeciles were harder to notice.
Top

Should a pirate become the sympol of a politician?
D. Brian Casady
Quid Llatine Dictum Sit, Altum Viditur.
Advanced is being able to do the basics while your leg is on fire---Bill Jeans
Don't ever take a fence down until you know why it was put up---Robert Frost
Top

Pirates and Brigands actually worked.
People were smarter before the Internet, or imbeciles were harder to notice.
Top
Post Reply
4 posts • Page 1 of 1