I have a 1906 vintage Model 1894 Winchester rifle, caliber .32-40, in well-worn condition and not as accurate as I would like. I could keep my shots on a paper plate at 100 yards, but it would not shoot a tight group. The rifle was also difficult to clean after a shooting session because it tended to lead up from the cast bullets I use. The bore had worn rifling, and pitting was also very evident. A bore scope showed the pitting was far worse than I had thought. I had two options if I wanted to make this rifle shoot- have it bored out to .38-55, or get a .32-40 caliber liner put in it. I already have a .38-55, so I decided to get the liner. Before I could get it done, the 2018 Carr Fire destroyed my home and all my reloading equipment, but I did save most of my gun collection, including the .32-40. It has languished in my gun safe since the fire. As I have slowly rebuilt my reloading supplies and equipment, it came time to do something about the .32-40.

I sent the rifle to John Taylor in Puyallup, Washington as he has a good reputation for installing liners. It took a little over three months and a little over $500, but he did an outstanding job and now my rifle has a new bore. I don’t know how he did it, but the liner is invisible at the muzzle. 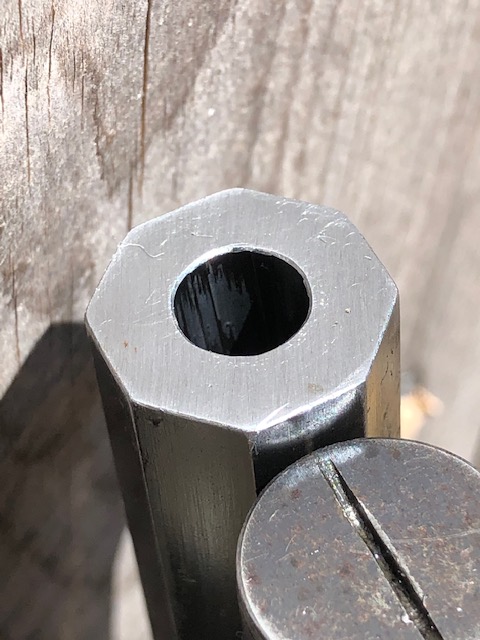 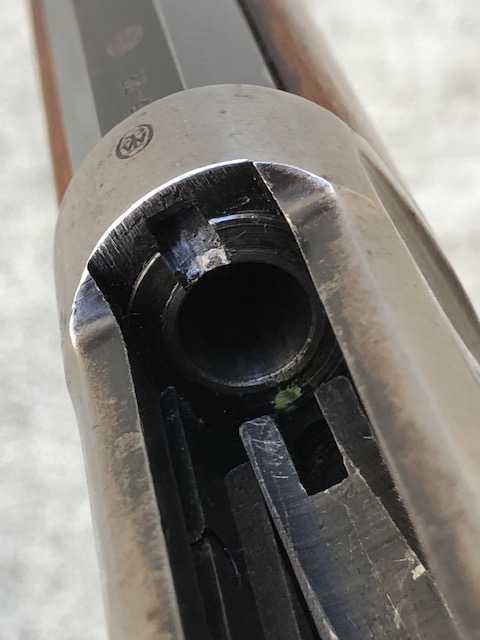 While waiting for the rifle’s return, I bought a set of RCBS Cowboy reloading dies and an RCBS 32-170-FN bullet mould. No brass was available, so I reformed a few hundred .38-55 brass to .32-40. By the time I got the rifle back I had a hundred rounds of various loads to test. I was delighted with the results of my 50 yard targets. The rifle shot very well with several different powders. 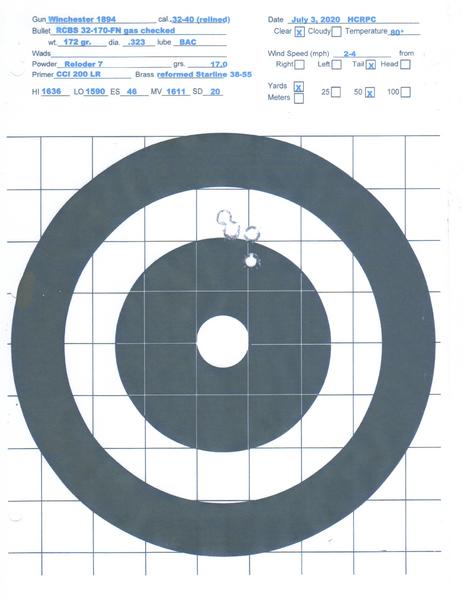 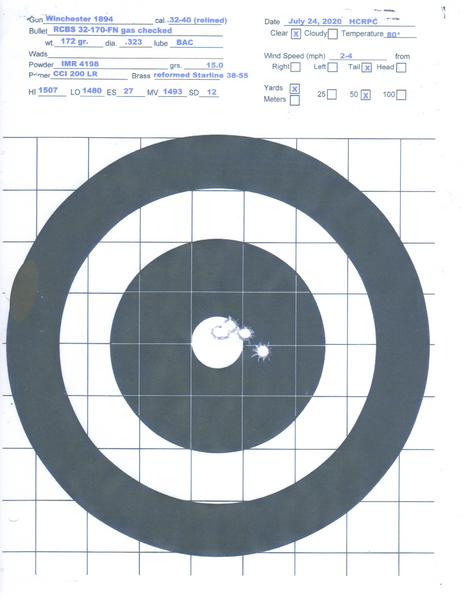 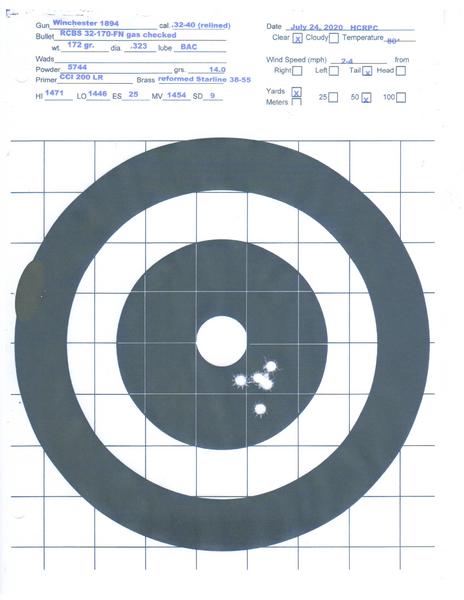 Now all I have to do is get some sight settings and go shoot some silhouette!

Outstanding, Shasta. That's a caliber I have always wanted to work with. I have used John Taylor for several projects and have always been extremely pleased with his work. Let us know how she runs out at 100 yards and beyond.

Have wondered about you. Looks like that worked out. Good to see you back.
In the High Desert of Southern Calif. ..."on the cutting edge of going back in time"...

Glad you’re getting somewhat back to normal and that rifle looks like a mate for mine. I had John do a 1885 low wall in 32wcf using a TJs liner. He does a nice job as you can tell.
Top

Great Job All Around.!!
Top

Now you have me thinking.
"Any man who covers his face and packs a gun is a legitimate target for any decent citizen"
Jeff Cooper
Top

You had me going for a long minute there. Unfamiliar with the cartridge I had to read up on it . Ohhh yeah I could want one bad and now .I love target shooting.. Then I remembered that I already have too many rifles chambered for cartridges that have to reload for and I have no heirs that are that deep into guns. If I could find the right barrel I might build one anyway.

Thanks for the inner turmoil

You have a awesome shooting piece of history , great job!